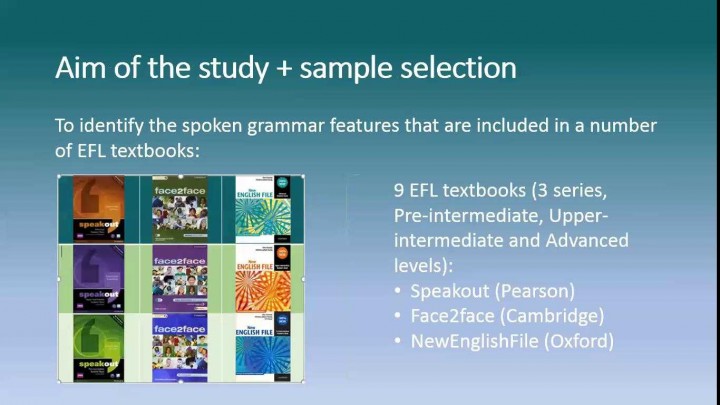 Traditionally, the written form of the English language has been the basis for most of its
grammatical descriptions (McCarthy and Carter, 1995). However, thanks to the advance
of technology, during the last years there has been a growing interest on what researchers
have labelled as spoken grammar (Cullen and Kuo, 2007). With respect to the English
language, spoken grammar – also known as conversational grammar – refers to the
specific grammar features that are present in oral speech, more particularly in informal
conversations (Cullen and Kuo, 2007; Mumford, 2009; McCarthy and O’Keeffe, 2014).
In light of the advances in corpus research, there are many elements that have been found
to be common in conversational contexts. In terms of grammatical structures, there are
several distinctive characteristics such as heads(noun phrase prefaces), tails(noun phrase
tags), ellipsis and variation in verb tenses (Cullen and Kuo, 2007). At the present time,
all the information on spoken grammar features of the English language provided by
research on corpus linguistics can be applied to pedagogy, which leads to new approaches
in EFL teaching, particularly in the instruction of grammatical patterns (Conrad, 2000).
However, despite all the advances, teaching materials focus scarcely on spoken grammar
features (McCarthy and Carter, 1995; Cutting, 2006). Therefore, there is a weak
connection between the information obtained through corpus research and the
information included in EFL teaching materials (Cullen and Kuo, 2007; Al-Wossabi,
2014; McCarthy and O’Keeffe, 2014; Torres-Martínez, 2014; Caines, McCarthy and
O’Keeffe, 2016), which results in an inadequate development of the students’ oral
competence. In this respect, different studies on EFL textbooks such as the ones
conducted by Cullen and Kuo (2007) and Han (2016) showed the under-representation of
the elements of the spoken grammar of English in teaching materials. In line with the
above-mentioned case studies conducted by Cullen and Kuo (2007) and Han (2016), this
academic work aims to identify the spoken grammar features – specifically grammar
structures - that are included in nine EFL textbooks at different levels of learning (Preintermediate, Upper Intermediate and Advanced) and from different influential
publishing houses (Cambridge, Oxford and Pearson). Regarding the results, the three
books planned for students with a pre-intermediate level of English showed a little focus
on specific grammatical structures, whereas the ones on upper intermediate and advanced
levels presented a slightly greater amount of these patterns. In the same way, these
structures were very concrete and different in each of the textbooks, although all of them
showed common patterns, such as ellipsis and tags. On balance, the results of this study
showed that most textbooks emphasized specific conversational grammar structures,
although not to the same degree than traditional grammatical patterns. At the same time,
it could be observed that the more advanced the level of the textbook, the more emphasis
on spoken grammar structures, which demonstrates not only that there is a focus on
spoken grammar since the first stages of learning, but also that this attention increases as
the proficiency of the learner does. Furthermore, it must also be noted that the information
on spoken grammar was shared by every book from the different collections, which
proves that there is at least a common understanding of the skeleton of spoken English,
although there is still not a complete description of it (McCarthy and O’Keeffe, 2014). In
conclusion, this study contributes only slightly to the field of research on spoken grammar
representation in EFL teaching materials, reporting a growing – but still insufficient –
emphasis on the grammatical elements of spoken English. 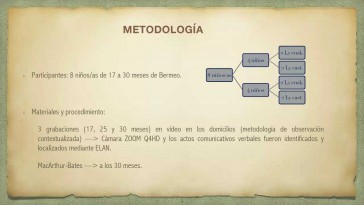 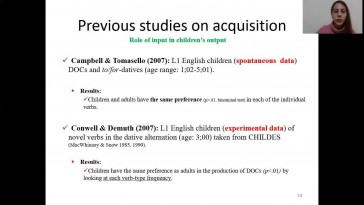 The acquisition of English dative constructions by English-Spanish bilinguals 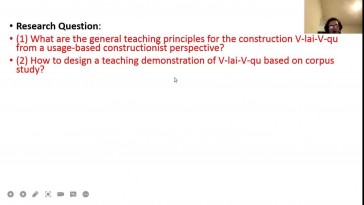 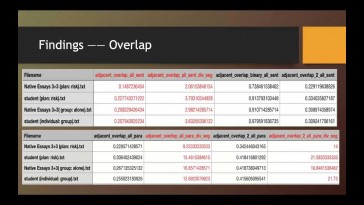 Differences in TOEFL Writing between EFLs and L1 Speakers of English: A Corpus-Based Study (...) 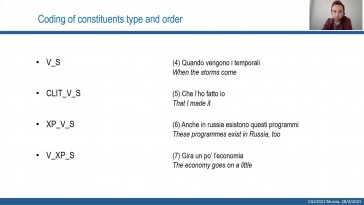 The acquisition of VS structures in L2 Italian in a developmental perspective: a corpus-based study 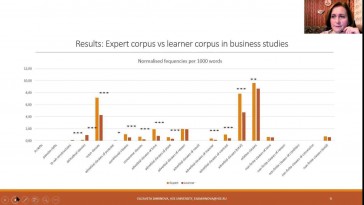 A corpus-based analysis of clausal complexity in experts’ and learners’ academic texts: A case study 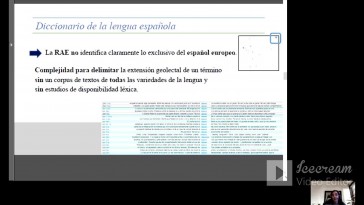 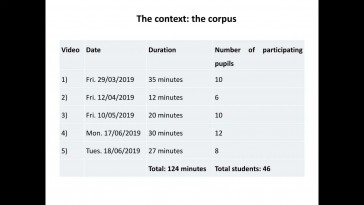 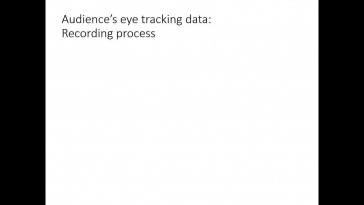 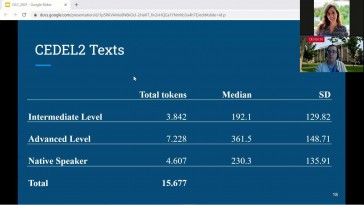 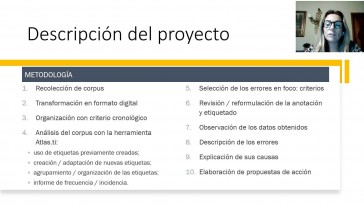 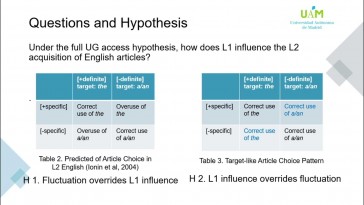 Acquisition of English articles by L1-Chinese and L1-Spanish speakers: a learner corpus study 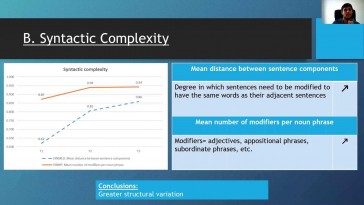 Using a longitudinal learner corpus to trace the development of academic L2 English (...) 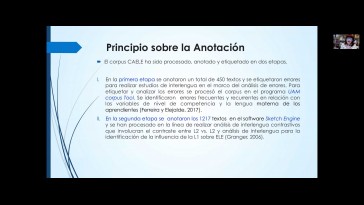